Farther Along We'll Understand Why

dear deb...i have been enjoying the singing on your blog so much and when i went to you tube for a hymn to post on my weekly sunday post, i saw these two videos of yours and could not resist to put them here!
god bless everyone this lords day morning as you watch and listen to deborah's videos and as you thank the lord for the priceless gift of salvation!...love terry
Posted by Terry at 11:01 pm 5 comments: Links to this post


this post was put here with deborah's permission.
thank you deb! http://manitobagardens.blogspot.com/ 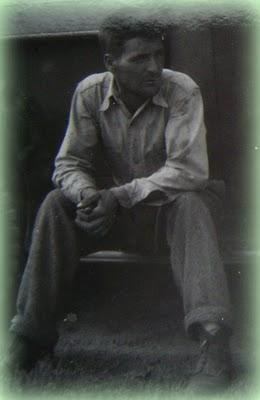 Dad asked the Lord Jesus Christ to come into his heart and save him in December, 1985, at the age of fifty-eight. Dad went home to be with the Lord on Wednesday morning, December 16, 2009. The following is taken from Dad’s own words that he wrote of his testimony of salvation, and will be read this Monday, December 21st, when we celebrate Dad's life.

"I was raised in a family that didn’t attend church, but they did believe in God, so I was taught a strict Christian morality that most people we associated with accepted as all you needed to get into heaven. I guess somewhere in the back of my mind, I knew there was more to it than that, and occasionally I did discuss my salvation, or lack of it, with Christian friends, but with a total lack of understanding. The pressure of raising a family of eight children and just everyday cares of this world kept me too busy to do much searching for God, even when the desire was there. I also had a good job that I liked and I had lots of friends; I was doing fine without any help.
Although there was a time when I tried to study the Bible, I became disillusioned with religion. So when the Lord started working on other members of my family I kept out of it as long as I could. This wasn’t easy to do, as fantastic things were happening to the Blair family. Three of our children accepted Christ and I knew by the way they talked and acted that they had what I wanted.By December, 1985, the need to have Jesus in my life was all consuming. I had an ache in my heart and many sleepless nights. I asked Jesus to come into my life, but something seemed to stand in the way. Later that day, a visiting friend quoted “1 Thessalonians 4:16 For the Lord himself shall descend from heaven with a shout, with the voice of the archangel, and with the trump of God: and the dead in Christ shall rise first;”It may sound stupid, but for the first time in my life I understood what it meant. Then it dawned on me that I had been born again, and as 2 Corinthians 5:17 says, “Therefore if any man be in Christ, he is a new creature: old things are passed away; behold all things are become new,” …..I knew that I was changed and would never be the same." 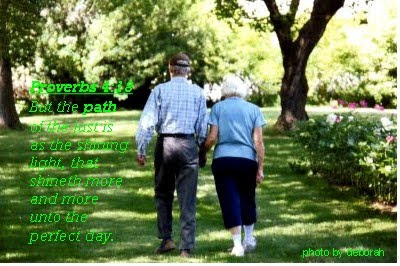 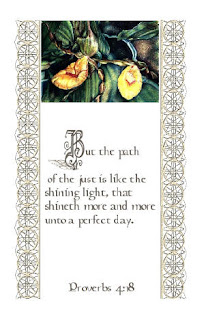 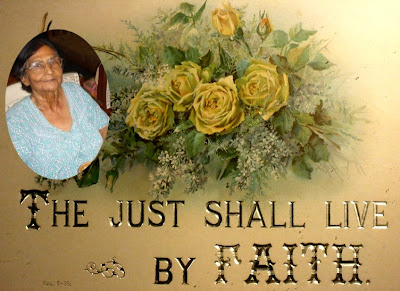 amrita's [ http://yesugarden.blogspot.com/ ]mama lives with her and her doggie sheeba in india and today is mama's special day...because she is a lady and lady's don't really like to be told their age, i will leave that a secret! 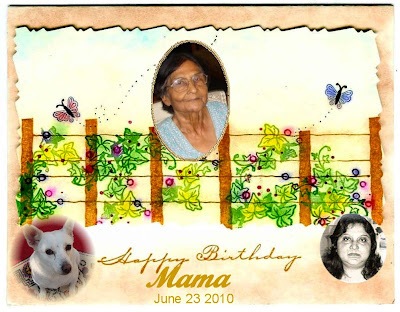 happy happy birthday to this dear lady who loves the lord!!!
love bernie and terry
Posted by Terry at 1:14 am 5 comments: Links to this post 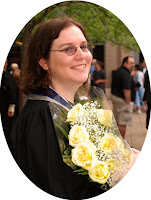 betty and john's daughter, amy graduated this week from niagara college.
she is now a professional web- page designer! 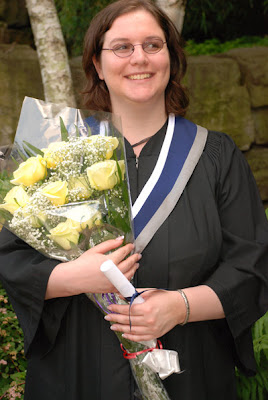 amy worked very hard in college and did her best and we are proud of her!
now most children would rather be celebrating with their friends at a time like this but amy has always been a family girl and so she wanted to be celebrate with the clan! 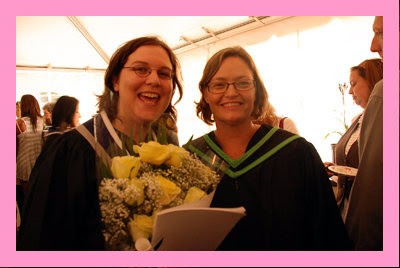 her teacher was very pleased with amy. 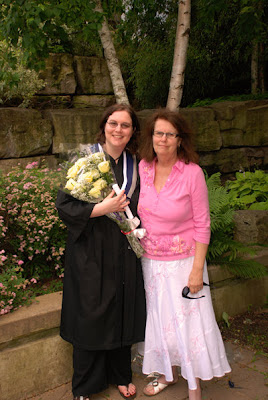 and so was her mom, betty. 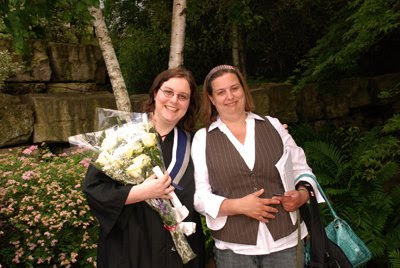 and her big sister, rachel! 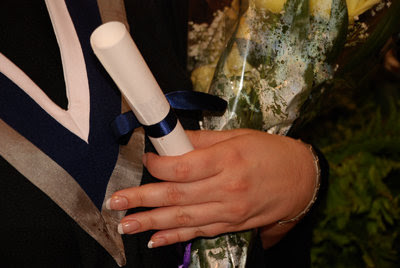 i am not a big fan of nail polish but i sure wished that amy had worn red nail polish.
is red polish in style these days? 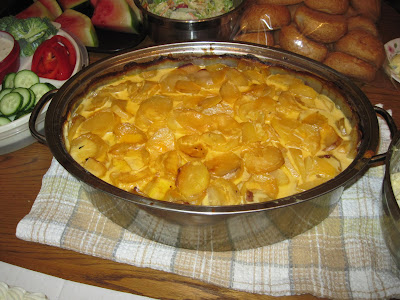 now THIS is one of the reasons amy wanted to celebrate at home. she knew that for this most special occassion her auntie would be making a huge pan of scalloped potatoes!
yummy! 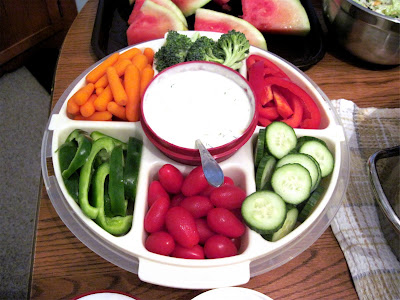 our friend, leona who is also part of the golden family made a veggie tray, with lots of red in it! 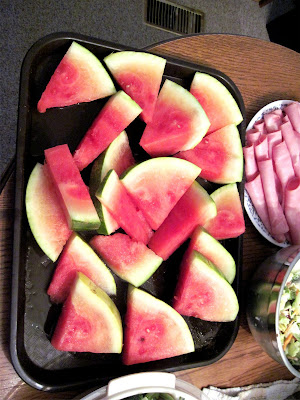 big john cut up a huge watermelon...my i love that ruby red! 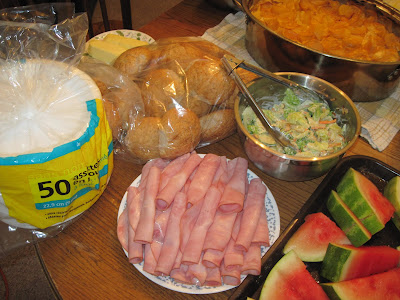 and yummy! subs to go with the veggies 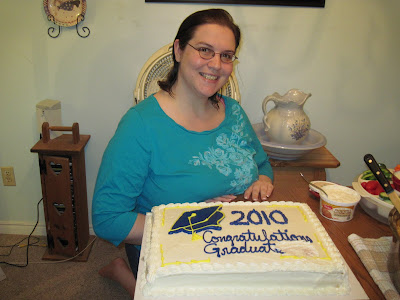 here is the cake that her family bought for amy and she seems really pleased!
a 2010 graduate! 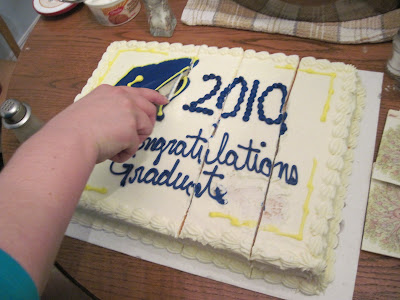 i think that amy cut the first piece of cake for her dad and uncle bernie was not too far behind.
Now here are some of the invited guests.. 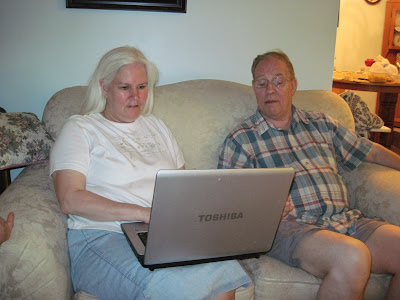 aunt gracie and uncle bernie have their heads into the computer. 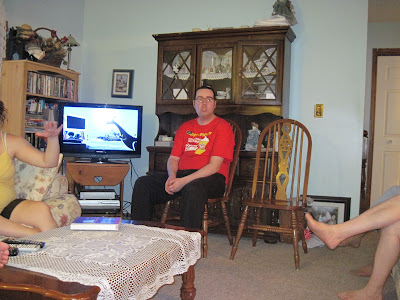 amy's big brother matthew[scat-mat] favoured the ruby tuesday post with a bright red t-shirt. scat-mat has always been my boy! 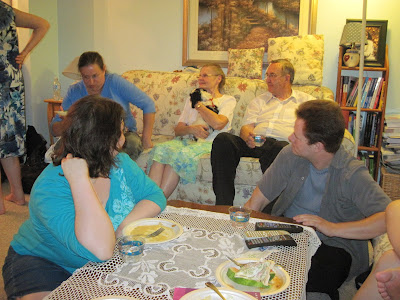 the doggies were all invited and they got plenty of holding. 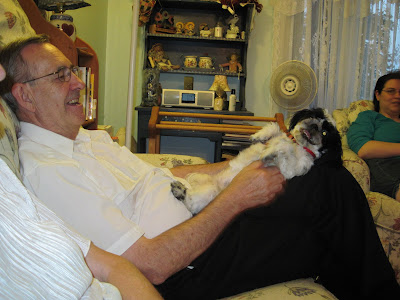 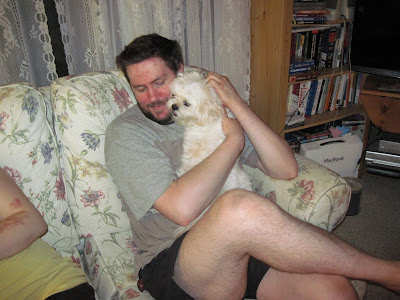 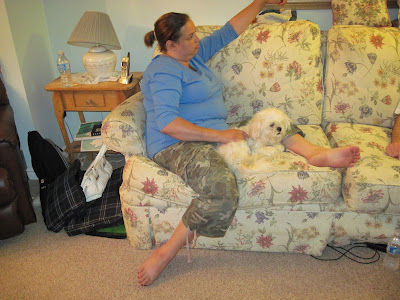 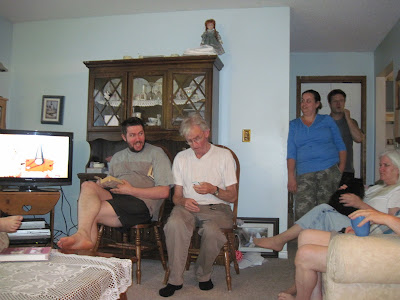 oh yes! the black kitty joined the crowd..big john is reading an archie book at his baby daughter's graduation party! 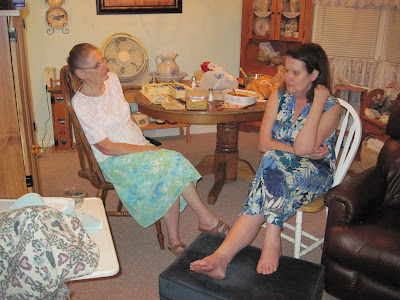 betty and leona are taking a breather. it is much harder now for all of us older folk to keep up with the excitement!
for sure and it was a very slow night for me...i only managed to take 150 pictures...very, very slow night! 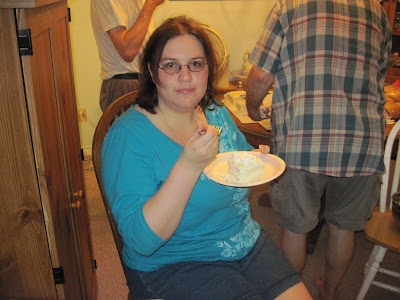 now sweet amy, enjoy your piece of cake! ...and never listen to anyone who tells you that you can't have your cake and the icing too because you CAN..you have hard work to do but your auntie terry and uncle bernie are so proud of you and we know that you will succeed just as your sister, rachel has and your brothers, little john, ryan and matthew!....happy graduation..love aunt terry 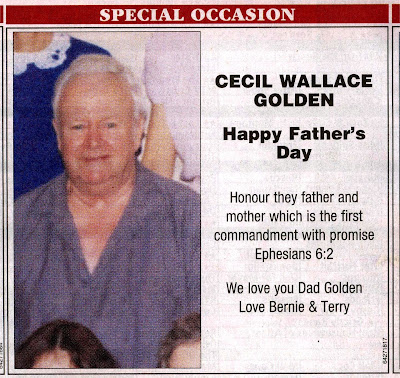 as we do every year, for dad golden's fathers day gift , we put his picture in a happy ad in the tribune.
he loves this but this year both he and the family were quite disappointd because the picture that he requested that we put in was a family picture of him and mom golden and the nine children.
bernie and i did not mind paying extra .
[after all it IS a special occasion!]....and for a week dad golden was waiting for saturday paper and look what they have done.!
they have cut the whole family out around dad golden....he was soooo disappointed and now bernie and i will go first thing in the morning to staighten the newspaper out! They WILL put the right picture in there! 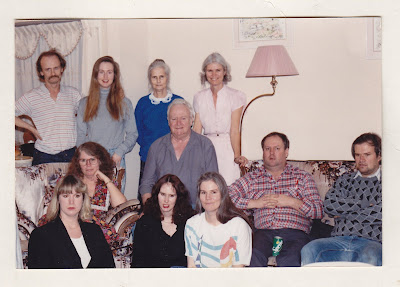 this is the picture that dad golden wanted.
it is a few years old and it is the last whole family photo that we have, as david is now in heaven.

we were at mom and dad golden's apartment today and dad golden seemed so down.
we will try and fix that for him...and then i will put in the fathers day post that i had intended to...even if it is later in the week..i am a little down myself!
love terry
Posted by Terry at 4:21 pm 7 comments: Links to this post