I Pledge Allegiance To The Lamb

today i heard this song on someone's blog and it made my day.
and so i went to you tube to search it down.
i am putting it in as my sunday hymn and i hope that you enjoy it.
it is very heart touching and very true....
thank you patrina.. http://www.psalm45-1.com/ love terry

The Old Geezer...His Story Of Salvation 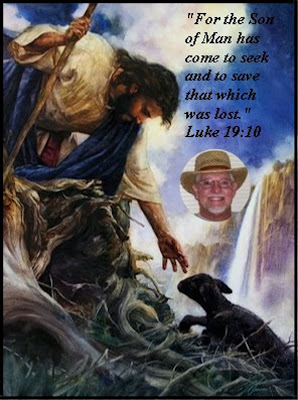 today, i read a comment on sonny's blog http://mydunnvillegarden.blogspot.com/ by the "old geezer" http://ronjoewhite.blogspot.com/ and so i went to see who he was.
i found this wonderful testimony that he had written about how the lord had found him and saved him.
so with his permission, i am adding this to my blog on my testimony posts...

WHO IS THE OLD GEEZER?


Believe it or not I wasn't born an Old Geezer.

I was born October 12, 1946 in Los Angeles, California, USA
I lived in Watts and Compton, California until I was almost 8 years old, with my mother, my father and my sister.
In the summer of 1954 we moved to Lakewood, California. Sad to say I caused my parents a lot of anguish and problems. If I was a kid in Biblical times I would have been stoned to death. Today they would no doubt blame my bad behavior on some disease, but I was just rotten mean no good kid........


When I turned 13 years old I started stealing liquor from some of the local markets and getting drunk with my buddies as often as we could. By the time I was 16 years old I was a full fledged alcoholic. By the time I was 21 years old I had been married and divorced with 2 kids and arrested 3 times for drunk driving.
I remarried in 1972 to a women who had a disabled child and we had one daughter together. She married into hell on earth when she married me and after six years was ready to divorce me.

In 1977 God saved my wife and she started to attend the Baptist church near our home and a bunch of women in her bible study started praying for her rotten drunken husband. In June of 1978 I was at my nieces graduation party (drunk as usual) and fell off some steps and broke out my front tooth. The next day when I woke up I said to myself this has got to stop and I quit drinking 'cold turkey' that day and to this day 'praise be to God' I've never had another drink of alcohol.

Earlier that same year I started a new job as a truck driver in Los Angeles. It was about 1 and 1/2 years later my boss had me work with a Bible thumping Christian truck driver for 2 weeks, who I later found out was a converted drunk. He asked me if I had ever read The Bible. I said yes I read it once about ten years ago. He ask me what did you learn from it? I didn't have a answer for him. He asked me if I had a Bible at home and I said yes my wife had one. He challenged me to go home and read the book of Proverbs.

I went home and opened up my wifes Bible and read through the book of proverbs. I read about wisdom and foolishness, right and wrong living, good and evil and verses about drunks and alcohol that hit me over the head like sludge hammer. I feel under deep conviction about my sinful life and saw myself as living the life of a fool.

It was Easter of 1980 when I shocked the whole family and told them to get ready because we are all going to church. Through personal Bible reading, attending a good Bible teaching church and listening to Christian radio, God had mercy on me and by His grace He gave me the faith to believe on the Lord Jesus Christ and become saved.

Fast forward thirty years: I retired a little over 4 years ago. I've been married going on thirty eight years, I've served in two churches as a deacon, a Sunday school teacher, a usher and have been actively involved in evangelism and discipleship.

The Old Geezer has slowed down a little in the past few years. My primary ministry these days is helping my wife, my kids, grandkids, neighbors and sharing The Good News on: 'The Old Geezer Blog'.

"For the Son of Man has come to seek and to save that which was lost." Luke 19:10
Posted By THE OLD GEEZER

Dreaming Of Spring On A Ruby Tuesday Winter Day 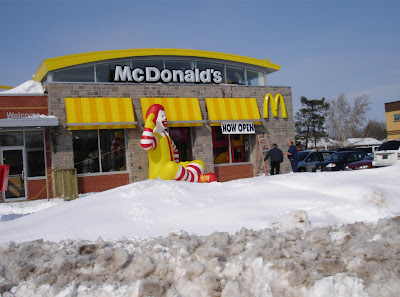 this is what the city has been facing the last week or so and it kind of makes us long for spring to come along its way..
ronald macdonald seems to be enjoying the sudden onslaught of snow but i sure am not! 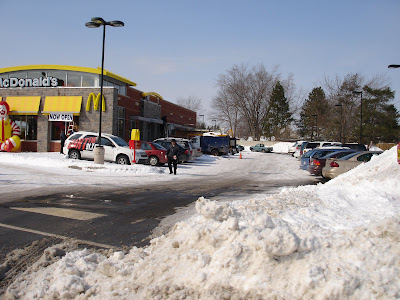 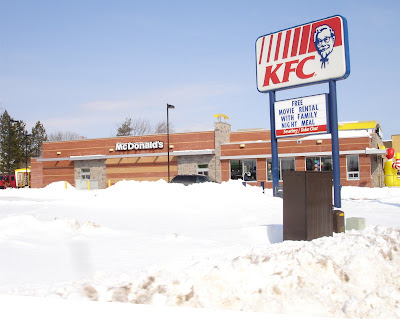 no use of going to the colonel's for hot fried chicken either...
best place to be heading to is home and a hot tub! 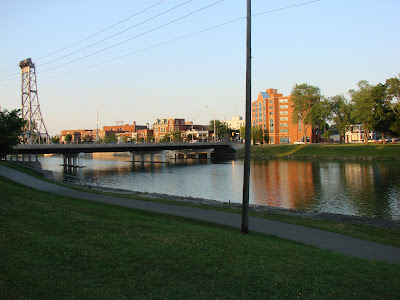 now, this will be more like it..the welland bridge spanning the cool blue water of the welland canal.
the bridge will soon become the giant diving board from which the teenagers will be diving off into the water for a refreshing dip.
winter far from their minds! 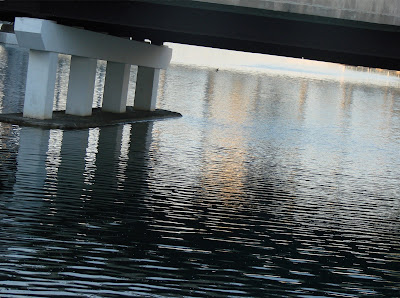 oh the sheer luxury of the whole thing! 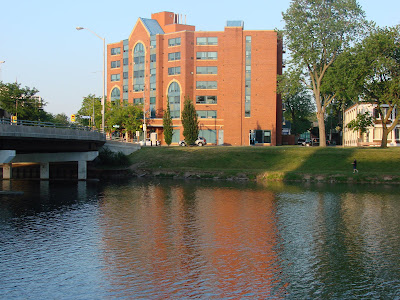 this red apartment building is shedding its reflection on the still waters. 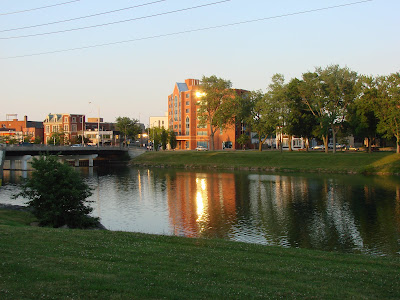 the waters become even smoother as the spring sun gradually sinks.
can you see the sun rays shining on the top window, changing the pane into a dazzling jewel? 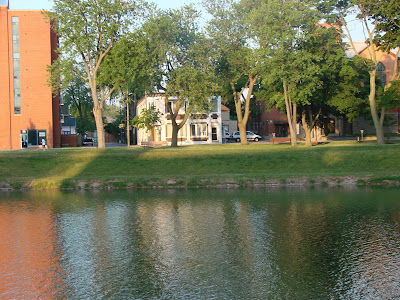 this white building used to be the home of our city paper but now houses lawyers offices. 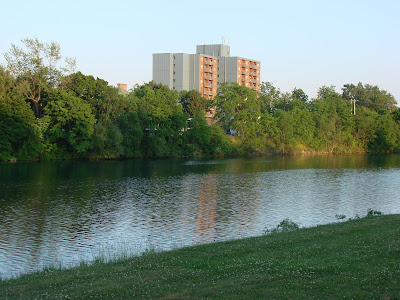 across the canal is the senior citizens apartment building. 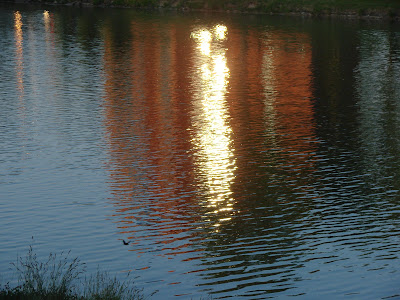 and i am sure that these dear folks are dreaming of sweet spring, just as i am, as they gaze at the shimmering water from their windows.

oh how i long for the spring!!
happy ruby tuesday to you all....love terry