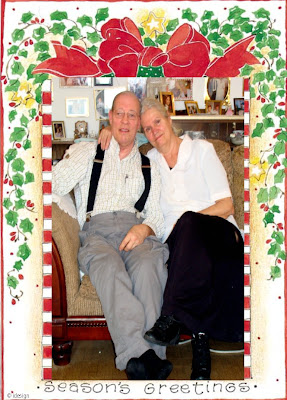 god bless all of our blogger friends and may you have a very happy christmas! ......love bernie and terry

2 Corinthians 9:15
Thanks be unto God for his unspeakable gift. 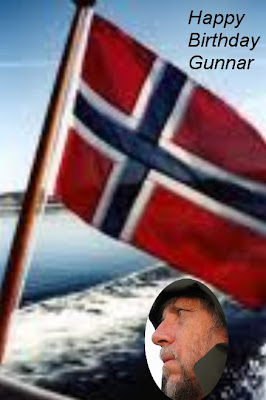 gunnar is a proud norwegian and i am sure that he doesn't mind a birthday picture of himself under the norwegian flag! 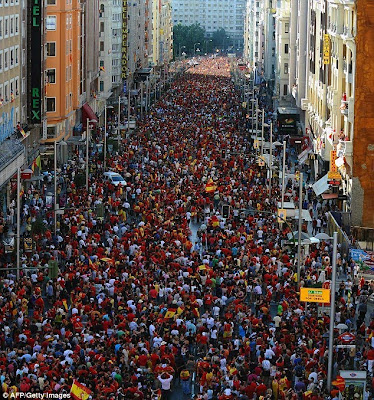 Norway's national flag is also displayed outside the home of a birthday person. On the birthdays of important people, the streets in Norway are decorated with flags.
now every year, it is the same thing...this man on the far side of the sea has to share his birthday with christmas.
well i just thought that he would enjoy this song from norway that bernie and i had ordered in from you tube!
gunnar is young at heart like his princess daughter, serina and so is felisol and mom ljung young at heart and so i think that they all will enjoy this delightful song! 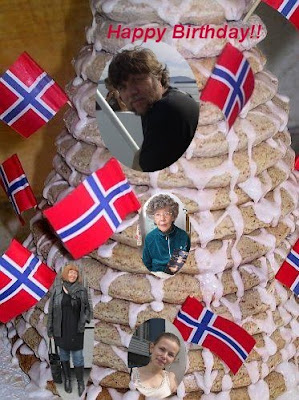 ...Love is not love Which alters when it alteration finds, Or Bends with the remover to remove. O, no! It is an ever-fixed mark, That looks on tempests and is never shaken. It is the star to every wandering bark, whose worth's unknown, although his height be taken.
William Shakespeare.
these are some lovely words that felisol quoted about gunnar for his 2008 birthday,
in fact you can read the whole moving post of gunnar's birthday that felisol wrote in her blog
http://felisol.blogspot.com/2008/12/december-twenty-second.html

once again gunnar from the opposite of the sea, we wish you a happy birthday....with love bernie and terry
Posted by Terry at 5:04 pm 5 comments: Links to this post

Let it Snow, Even On a Ruby Tuesday, eh Mrs. Mac? 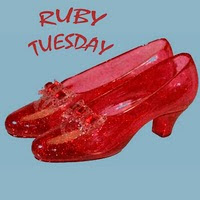 now i was chided by my boy sonny[the little guy i used to babysit in my beloved manitoba]..as to "WHY i hadn't put in my ruby tuesday post"?
and i was also chided by the little red car as to "WHY i haven't featured her for quite a while"? and so here it is you two..my dec 21 ruby tuesday!
http://mydunnvillegarden.blogspot.com/....sonny's ruby tuesday is just INCREDIBLE!!! 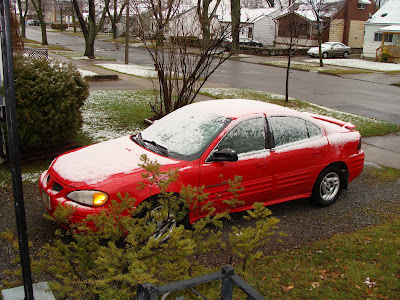 we had quite a nice fall to begin with.....here the little red car has just a sprinkling of light snow....for sure and the grass is still green! 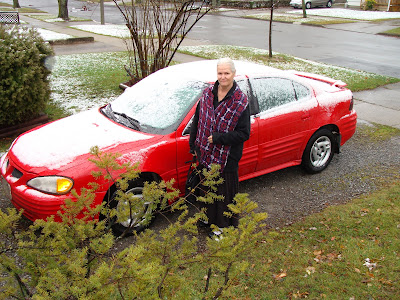 i was invited by "little red riding hood" [as amrita calls the little red car.]...to just stand by her wearing my sisterhood red scarf and have bernie take our picture. 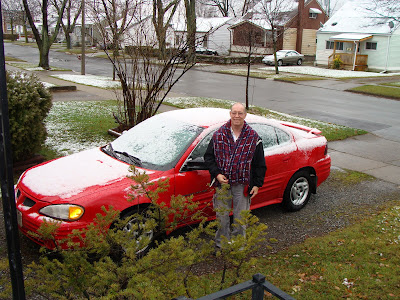 ..and then i took bernie's picture ...he was wearing MY scarf! 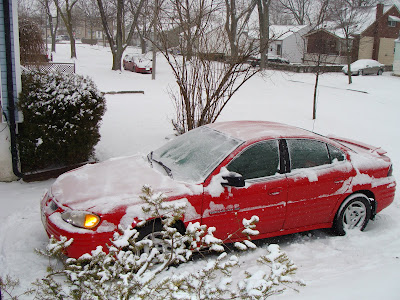 and then alas!...woe is me....that mrs. mac "idaho snow queen" struck southern ontario and dumped a huge load of snow!
for sure and i DID take a picture of the "covered in white" little red car but in no way would bernie and i stand beside her for a photo shot...NO WAY! !

have a happy ruby tuesday sonny, little red car, and even YOU mrs. mac and amrita and every body else....especially our beloved teach mary............god bless you all ....love terry

THIS is for you mrs. idaho snow queen... for sure and it is almost christmas and so i will hold no grudges!

....this doesn't mean you can dump more snow in january!
Posted by Terry at 4:28 pm 5 comments: Links to this post