For Julie And Andy And Their Little Princess 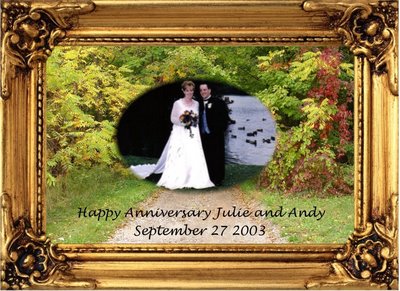 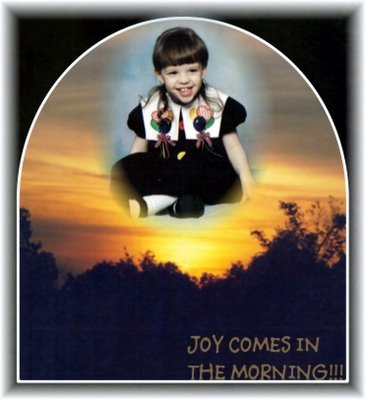 At last!
I have obtained a sunrise after looking for so long.

Alas!
Not in time for your anniversary, so I thought that I would put a pretty little princess into it instead.

I have put in the anniversary picture that I had to settle for of you and Andy but I know that you love the fall, so I don't think you minded that too much,eh?

The little lassie is just beginning her life as the sun is just starting it's day.
And surely as you guide her little steps..."Joy WILL come in the morning"!

Thank you so much Jel for sending me your sunrise!!
Posted by Terry at 10:56 pm 15 comments: Links to this post 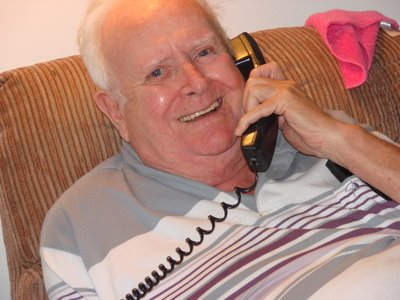 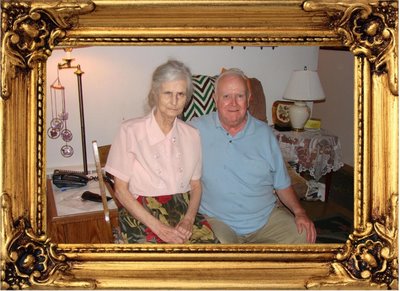 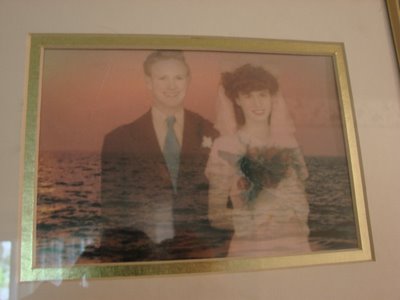 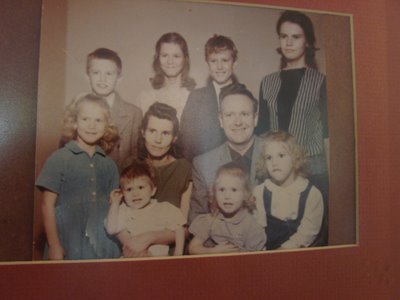 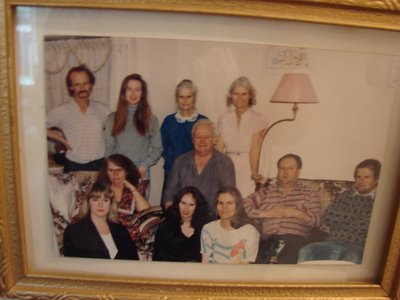 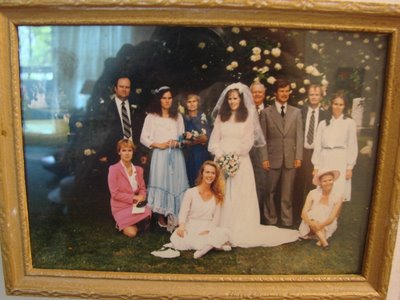 This Sunday was a very special day for the Golden family.
My father Cecil Wallace Golden celebrated his 80th birhday.

How did he celebrate?

Well...He did just what he usually does on a Sunday's afternoon.
He made a delicious Sunday dinner for mom, Gracie, Bernie and me.
This he loves to do EVERY week!

Later in the afternoon, Betty will be bringing over a cake for him.

The picture at the top is one that I took of dad three weeks ago while he was talking to my sister Gail, who lives in New Market.
Gail is his favorite daughter just as each one of his other five girls are his favorite daughter.!
He has three favorite sons too, although one of them, David is in heaven.

The next picture is one that I took today of my mom and dad.

The following pictures are ones that I snapped with my camera, as they posed for me hanging from the wall!

When Dad was 21, he married his sweetheart Edna Kathaleen Wells who was 17.
They had nine children who to this day STILL love them very much and consider themselves very blessed to still have them in their lives.

Dad served his country for many years working for the Canadian Air Force.
He always had to work two or three other part time jobs also just to clothe and feed his children.

He has always been a dedicated father and although he rarely had enough money for himself he always made sure that his wife and children and then later the grandchildren and GREAT grandchildren were looked after.

I was told by a relative that Dad sold his fishing rod one time just so that he could buy us food.

My dad never owned a house but he was in our eyes a success!
We love him dearly.

Our only heartache is this...My dad is not yet saved.
If a person could earn their way to heaven with good works, I know that he would surely be there but as we know, the only way to heaven is through the Lord Jesus Christ who gave his life for us on the cross.

We pray that my dad will get saved..

Wess and Susan.. I gave your message to my dad today. I wished him a "Happy Birthday" from you and I told him that you have both him and Miss Katy in your "prayer basket".
Posted by Terry at 3:40 pm 15 comments: Links to this post