A Ruby Tuesday We Did NOT Want To See! 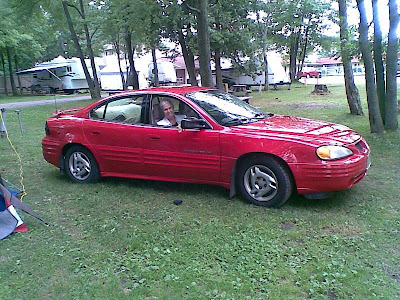 the little red car decided to give bernie a little trouble, not along the way to my beloved mantioba but right as soon as we entered! 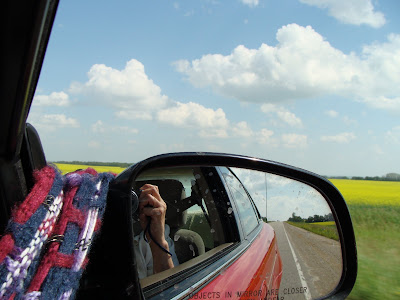 we had treated her to sweet smelling yellow canola fields and the luxury of driving on flat as flat highways to rivers where the goldens had lived for several years and to wheatland where sonny[reg] http://mydunnvillegarden.blogspot.com/ and his sikora sisters and brothers had grown up.
we even let that ungrateful little red car have the comfort of the sisterhood traveling scarf hugging her neck, making her look like a real dude of a car! 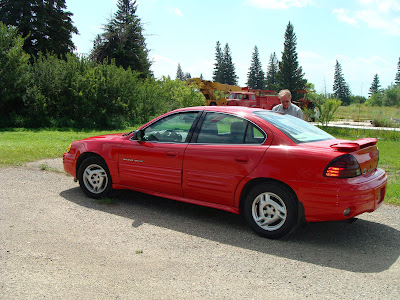 oh and how nice was it of me to take this picture of her, bernie and the fire truck that dad golden used to drive..how nice was THAT? 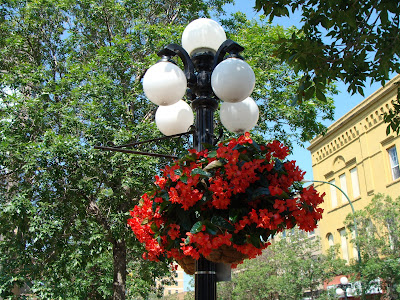 and then take her back to brandon, the city of pretty lights and great baskets of red and pink flowers! 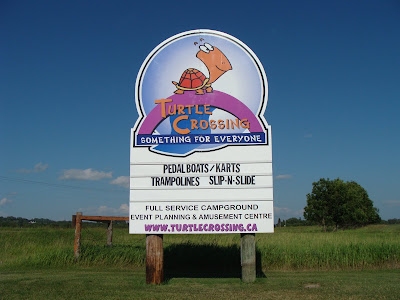 the little red car was even welcomed into this homey campsite, 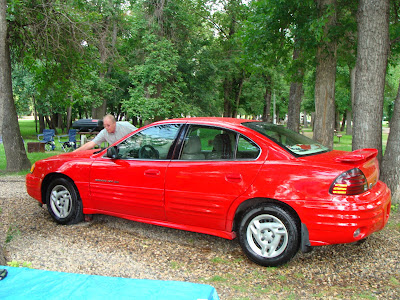 where bernie washed the prairie dust off of her and... 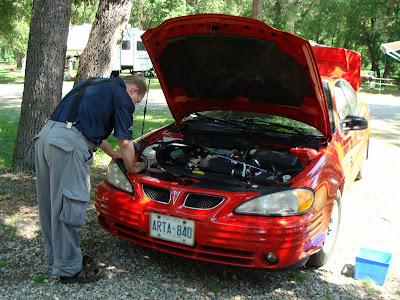 and satisfied her appetite with delicious cool, clear oil! 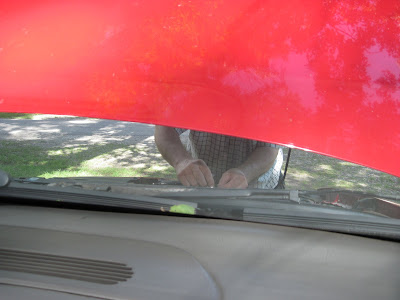 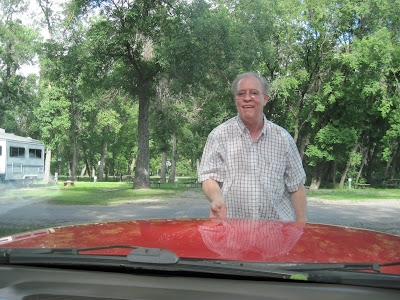 and pleased that all was well, shut the hood with satisfaction. 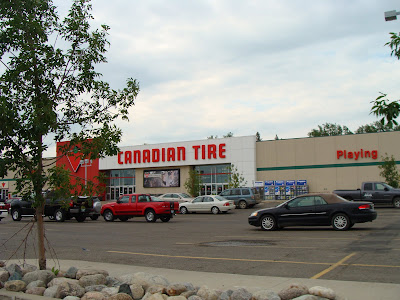 and then!
the little red car decided to get very stubborn.
she was stalling at every red light and had to be restarted and so into the clinic we had to take her!
the big Canadian tire clinic, 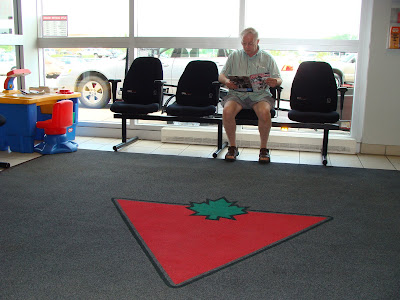 where poor old bernie fellow[as mrs.mac calls him] was placed into a waiting room to wait for the results..
all i can say is that if it were not for the lord's guiding us to an honest mechanic,
that little red car would surely be turning back home and taking bernie and i, our camping supplies, our computers and our cameras right straight back home ... home and broke! 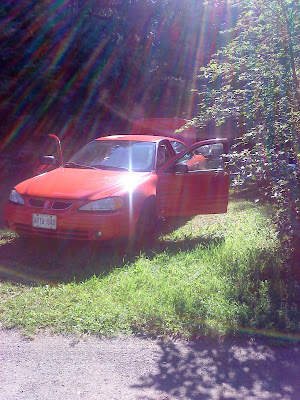 oh sure little red riding hood[as amrita calls her] glint with pride all you want to because if you don't tow the line the rest of the trip, we will surely be coming back next year using the big blue sunday school van and leave you behind with your cousin rachel babysitting you!...you will not be broke but you will be GROUNDED!
happy ruby tuesday everyone ...love from terry from the golden prairies...my beloved manitoba.
Posted by Terry at 1:56 pm 24 comments: Links to this post