Thank You Saija For Your Thankfulness Posting!

Yesterday as I read Saija's blog Thro'aGlassDarkly and then read it to Bernie, I could hardly do it without tears.

Just today, I found this poem that my sister, Grace had printed out for me a few months ago and I thought that it would go very well with Saija's true story.
You see this is ANOTHER true story in poem form written by a young missionary to the Congo.

I want my breakfast served at eight, with ham and eggs upon my plate;
a well-broiled steak I'll eat at one, and dine again when day is done.
I want an ultramodern home
And in each room a telephone;
soft carpets too,upon the floors, and pretty drapes to grace the doors.
A cozy place of lovely things, like easy chairs with inner springs.,
and then I'll get a small T.V.-of course, I'm careful what I see.
I want my wardrobe, too, to be of neatest, finest quality,
why should not Christians have the best?
But then the Master I can hear in no uncertain voice,so clear;
"I bid you come and follow Me, the lowly Man of Galilee.
Birds of the air have made their nest, and foxes in their holes find rest,
but I can offer you no bed, no place have I to lay My head."
In shame, I hung my head and cried.
How could I spurn the Crucified?
Could I forget the way He went,
The sleepless nights in prayer He spent?
For forty days without a bite, alone He fasted day and night;
Despised, rejected- on He went, and did not stop till veil He rent.
A man of sorrows and of grief, no earthly friend to bring relief;
"Smitten of God", the prophet said- "mocked, beaten,bruised, His blood ran red."
If He be God, and died for me, no sacrifice too great can be for me,
a mortal man, to make;
I'll do it all for Jesus' sake.
Yes, I will tread the path He trod, no other way will please my God;
So henceforth, this my choice shall be, my choice for all eternity

I went to Google and looked up some more information on this Congo martyr Bill McChesney and here is a little of what I found.

Bill was born on July 21 1936. Just five foot two inches tall, and weighing 110 pounds, he was a wiry young man with a sunny heart. In fact, everyone who knew him called him "Smiling Bill" and the only word which best described him was "exuberant". He became a missionary with the Worldwide Evangelical Crusade.

Before he left as a missionary , he wrote this poem. His poem was not a master piece of English literature; great poets might sneer at it as doggerel; but it was the sublimed submission of a Christ-centered soul.

The Simba held a number of missionaries captive with Bill. Several times the rebels made terrifying visits in which they rehearsed killing Bill and the other missionaries each time, the rebels left them unharmed.

On November 24, 1964, the rebels took Bill to prison. His friend Jim Rodgers, a solemn British missionary. would not be parted from Bill and leaped into the truck with him.
Bill was seriously ill with Malaria and needed someone to help him. Even so, the rebel solders beat him mercilessly the whole way. Jim had to carry him to prison.

The next morning when Bill acknowledged that he was American, a rebel colonel ordered him killed. Jim stood beside him, "If you must die brother, I'll die with you."
Attacking Bill mercilessly with clubs and fists, the rebel mob quickly killed him. He was 28 years old. Jim laid his body gently to the floor. The rebels knocked Jim down and trampled him to death.


I am going to go to Jel's sunshine blog and see which scripture verse picture that would suit this posting.
Posted by Terry at 3:24 pm 4 comments: 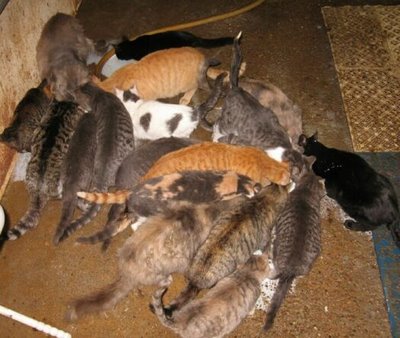 I found this on Jeanette's site and thought it was so cute that I posted it to my blog.
I am hoping that Jammie J. and me will be still friends after my swiping this!!
Time will tell.....
Posted by Terry at 2:54 pm 9 comments:

Good News From A Far Country 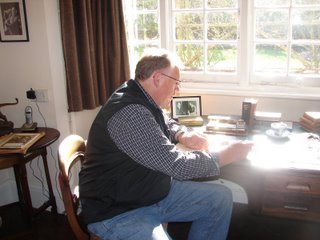 Here he is! The pilgrim himself, sitting at the desk of CL Lewis in England!
For sure, HE sits in the sun and here we, most of us anyway[Jeanette and Susan Walker are basking in the sun too] are fighting the cold winter snow!!

Anyways, it has been a few days since we heard from David Fisher but he has finally got through.
I have taken these pictures from his blog pilgrimscribblings and the Fish of course has labeled them all on his blog site, so I think I will let you visit him there and find them.!

The first one, at 3:15pm "I'm back finally!" refers to his success in being able to make a posting at last!

In other words David Warren Fisher, the Pilgrim has finally realized his dream in seeing his beloved hero, George Muller's orphanages!
He is apparently spreading the good word to people over there in Bristol who have never known about this noble man, George Muller and in telling these dear English people the story, it will give our pilgrim the chance of telling them about George Muller's great God!

Good for you David!! And good for Carol and the family for giving you their blessing to go!! 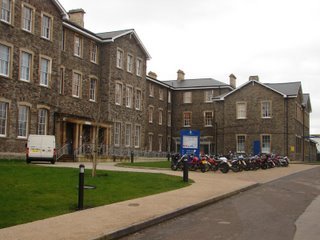 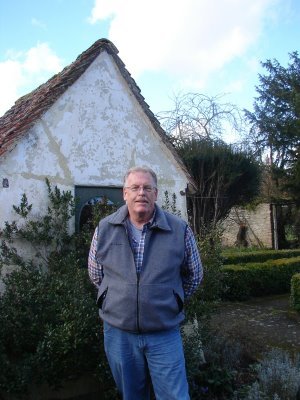 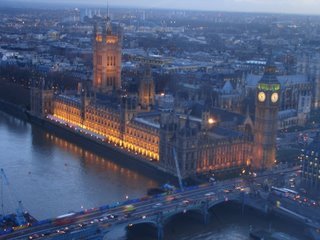 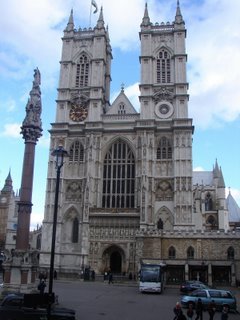 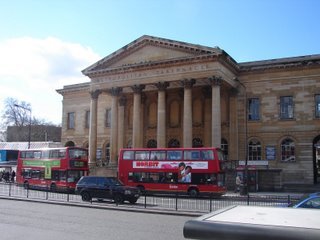 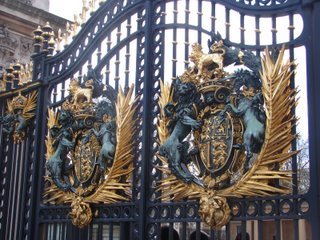 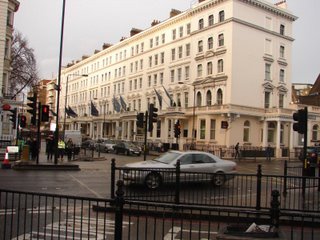 Carry on our beloved brother and please don't forget to come home!!......from Terry
Posted by Terry at 9:37 pm 4 comments: