Worthy Is Thy Name

have a blessed lords day....love terry
Posted by Terry at 11:27 pm 4 comments: Links to this post 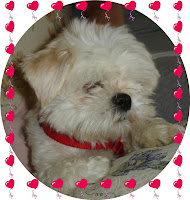 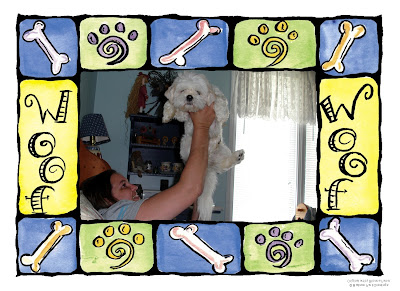 dear mr. jim.http://jimmiehov.blogspot.com/.the video is for you but NOT the doggie because mom golden would put up a real fight!!!.....love terry

Posted by Terry at 5:51 pm 5 comments: Links to this post 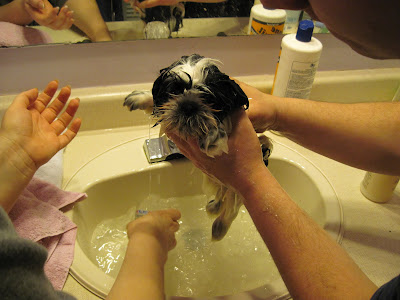 bath night for the newest boss at betty and big john's house'
this little doggie is waiting for the plunge! 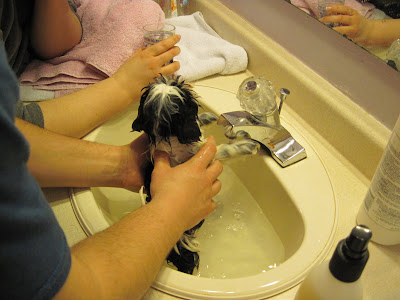 cousin eric is doing the washing.. 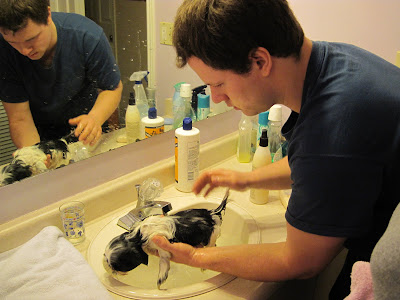 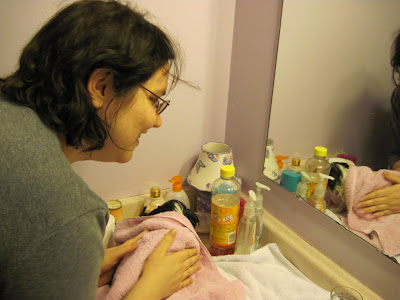 and sister amy is doing the drying... 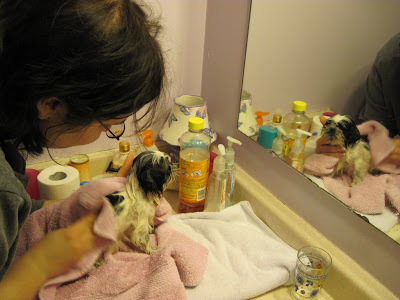 with a thick pink towel that is surely good for a ruby tuesday shade of red!
"oh my! what a splendid refection, if i must say so myself. what a cute little dude i am!" 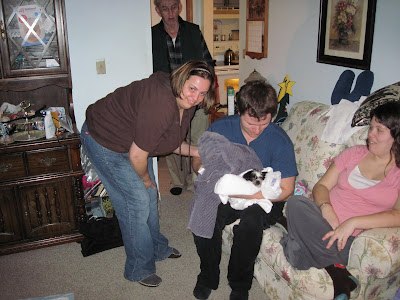 now eric is taking a turn at some more drying as sister, rachel and cousin marie look on! 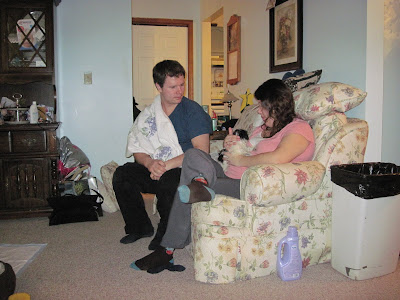 and now here comes the holding.
pick a number and stand in line all you goldens and belzners and spences and shirkies!
sister, amy is first.. 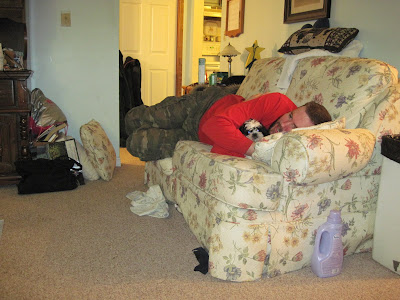 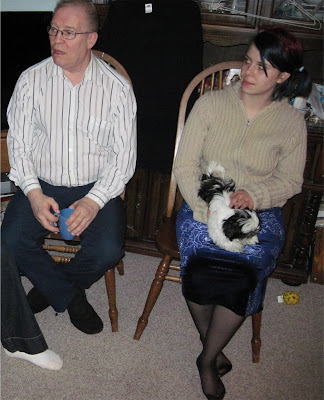 cousin ivey, all the way down from british columbia has her share of the clean little doggie who seems to still be a bit damp..ivey not only has a little black and white doggie on her lap but she also has a blue and white towel! 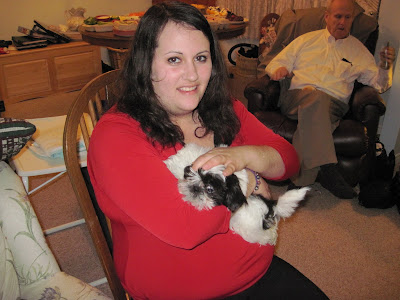 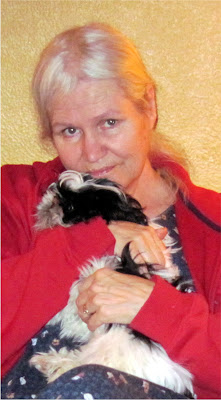 oh boy, usually the only animal that this girl loves to hug is a kitty but auntie had to show off her ruby red jacket! 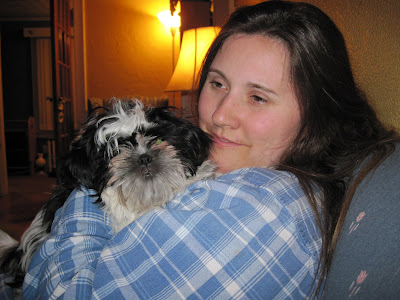 well no red here but cousin lena had to have a hug.. 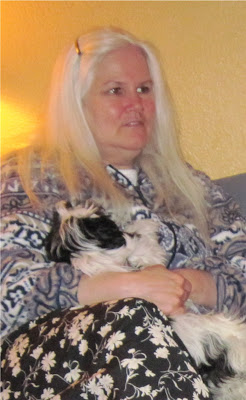 and so did auntie gracie! 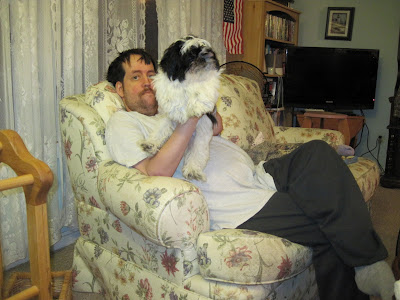 ryan seems to be a proud big brother by the looks of it! 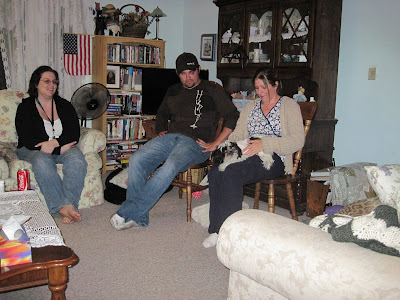 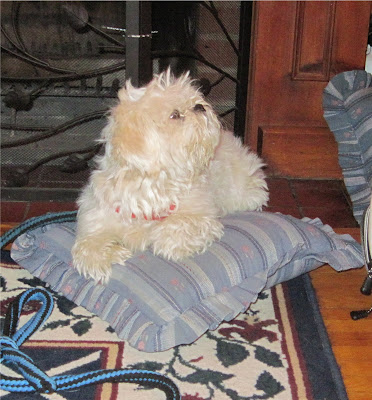 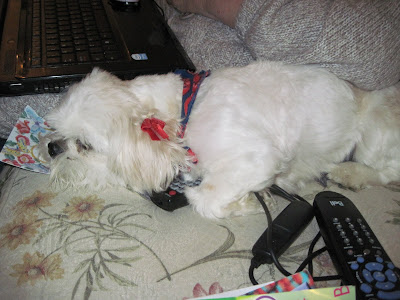 oh dear!.".i am all dressed up with my red bows and no where to go.
not one lap to lay on! what a sad little dude i am!" 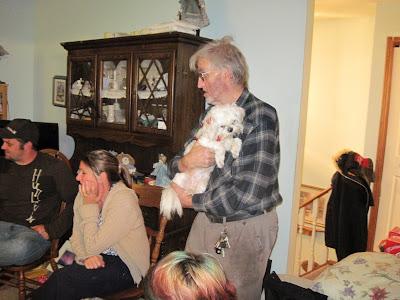 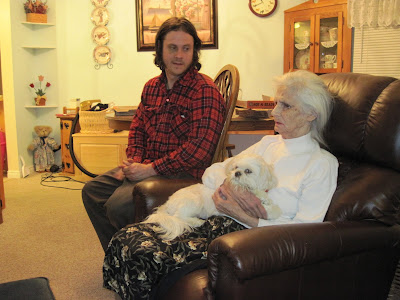 and as cousin jeffery looks on, john plants the little white doggie on gramma golden's lap!
gramma golden loves you.. 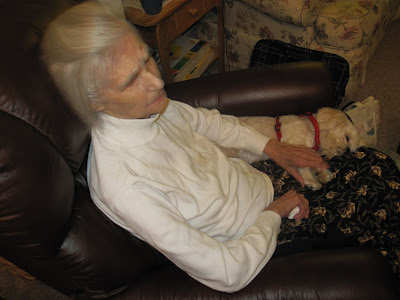 In The Shadow Of The Cross

Posted by Terry at 1:16 am 4 comments: Links to this post