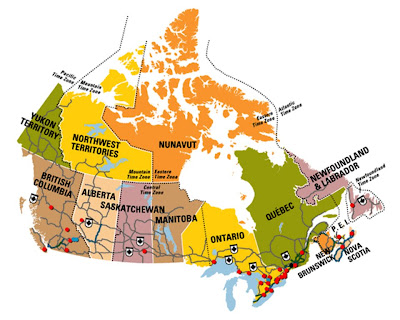 and so bernie and i are popping in to say "happy anniversary stan and jel!" 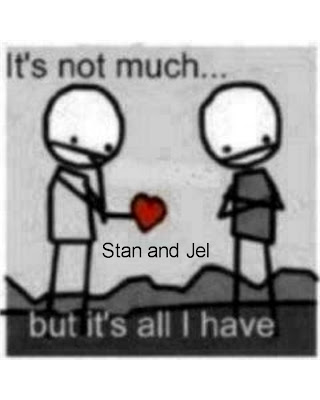 now last year our dear sunshine gave to her husband of 21 years the most precious gift she has and she keeps on giving it and giving it to him...her heart!
now how can a person ever not accept such a gift and so stan keeps taking it and taking it!....jel's heart! 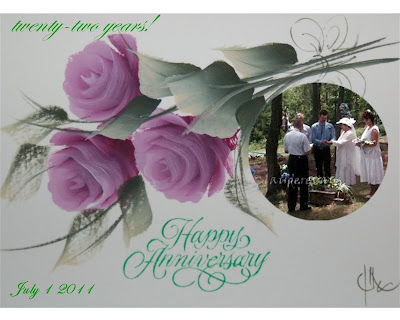 now this picture thief struck gold this time at jel's blog...just look at what i found..a sure enough wedding picture of the love birds being married..good thing too because that stan really makes himself scarce at jel's place..hardly a picture to be found!
it really looks like a nice sunny day, the day that our sunshine was wed! 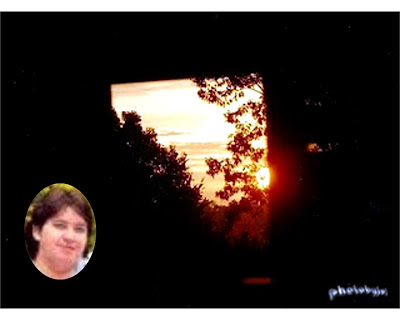 now this is why bernie and i call jel our sunshine...sometimes when our day has been black and clouds have filled the sky, why then we see a little piece of sunshine breaking through in the form of an email or a blog comment on my blog..from jel..
she has many a time been a sun ray on our path! 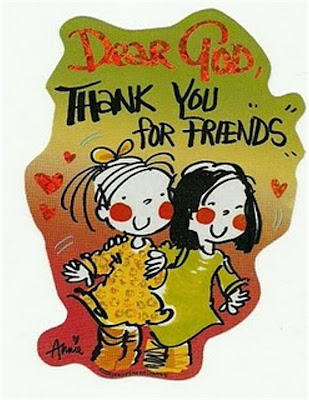 she is a true friend to many! 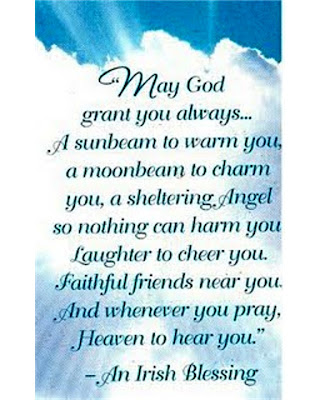 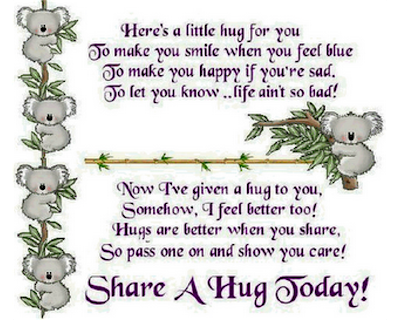 and this!...this is what her blog is all about!

and so dear stan and jel...we wish for you the bestest of days and many more years of wedded happiness....love bernie and terry

Posted by Terry at 1:29 pm 6 comments: Links to this post

these ruby tuesday shoes would surely have no place to dance in brandon, manitoba! 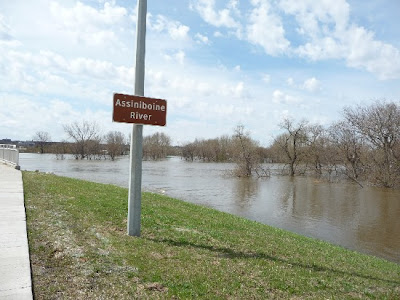 for sure and the assiniboine river has different ideas as she has overflowed her water and created a flood in brandon, manitoba. 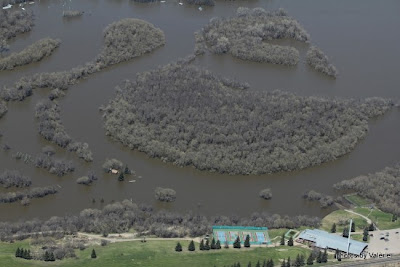 the golf course was more than soaked and although the breeze was warm, there was just no way for anyone to score a hole in one! 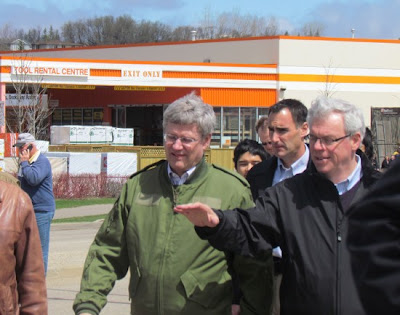 our prime minister braved the rain and came to see what the problem was and judging by his smiles, he didn't seem to be too worried..after all, he would be flying back to ottawa to win the election....ottawa is a lot warmer and there are no floods! 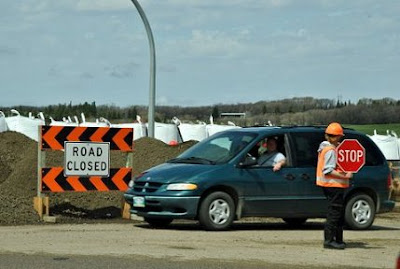 even though the road says "closed", people still had to be stopped from trying to drive into the water! 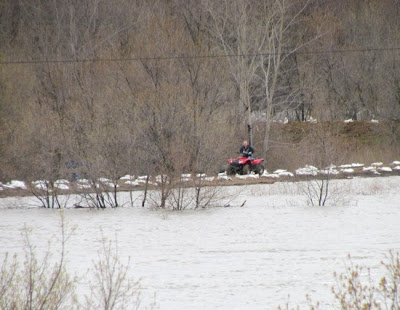 this is the turtle crossing camp ground that bernie and i and the little red car camp every year when we visit my beloved manitoba...this year the camp will not be open..there will be not 2011 season. 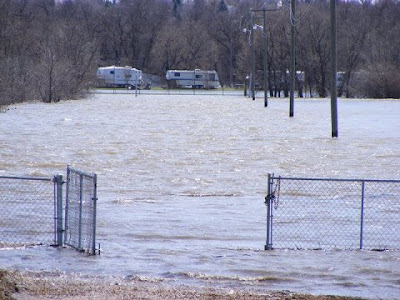 nope, the entrance doors will be securely closed! 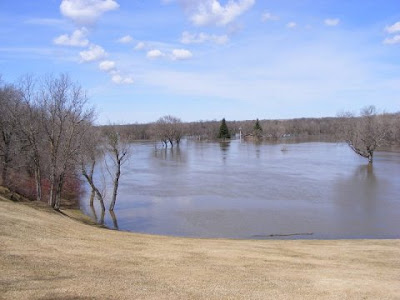 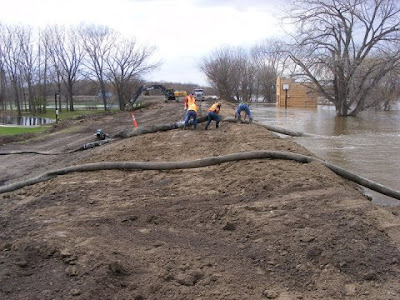 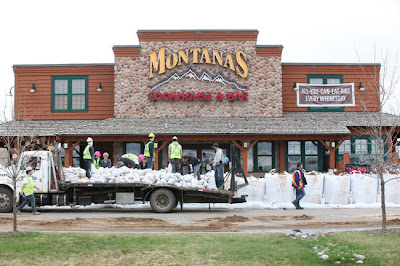 time for a break?..no, sorry fellows, the kitchen is closed..soaking!..keep on working!! 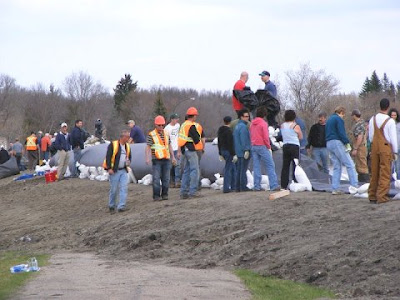 many willing people are lending their hands to place the sand bags along the river bank.. 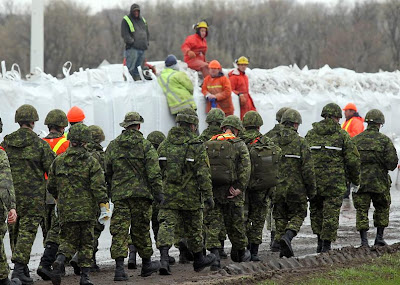 and even the armed forces from shilo air force base camp are aiding... 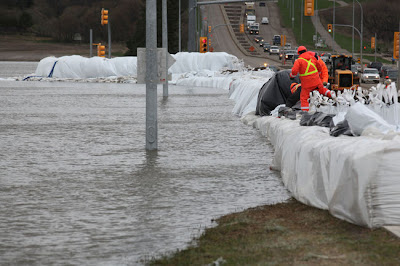 and brandon's own city workers are putting in a regular[?] working day?..NOT..these fellows are usually tearing up the streets and making new roads!..AND causing all kinds of traffic jams! 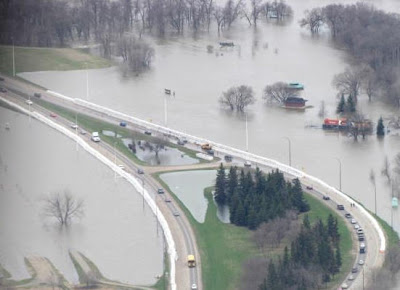 these streets lead in and out of the city and are usually packed but i don't think they could get to the city even if they wanted to because many of the stores are closed and flooded. 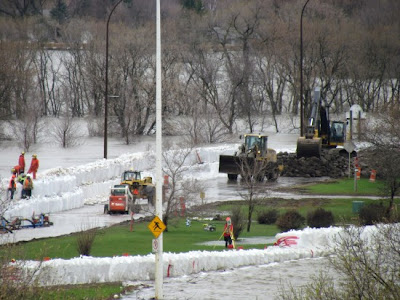 those white sand bags look like snow and blocks of ice, eh? 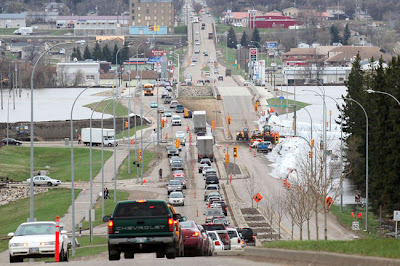 it does look like they have done the trick though, holding back the water and soon the roads were clear enough for the cars to go through.. and where, pray tell are they all on their way to? 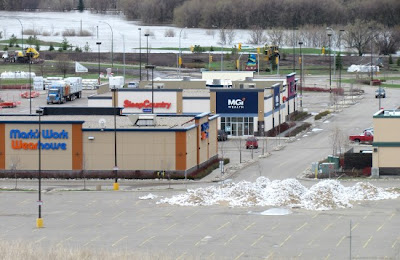 to the mall of course where walmart is! 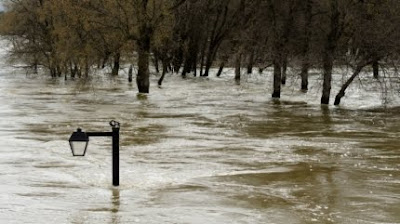 it sure isn't the fault of canada post that this fellow is missing mail delivery!

for sure unstable AND uncontained! 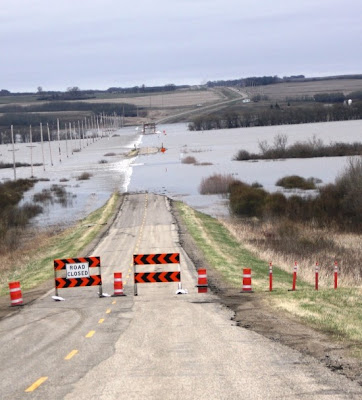 this poor road still needs some help and i am just wondering if the guy lives on this road that is.. 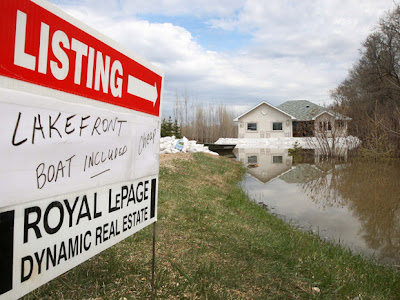 trying to sell his house, boat included no less...seems like a good deal to me!..after all it comes included with a built in swimming pool that can be converted to a built in skating rink in the winter!!

happy ruby tuesday everybody and god bless you....love terry
Posted by Terry at 10:05 pm 7 comments: Links to this post