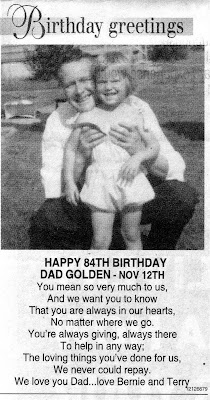 today is dad golden's birthday and as usual dad golden was greeted a happy birthday the very first one by felisol from the far side of the sea.
you see dad golden has been her prayer child for about four years now.
i, myself did not say "happy birthday dad" until seven this morning when he called bernie and me as he does EVERY morning.
the reason i waited until this morning to post is because i waited for the newspaper to come with dad golden's happy ad..
with him in this picture is his middle child sandra lee golden. 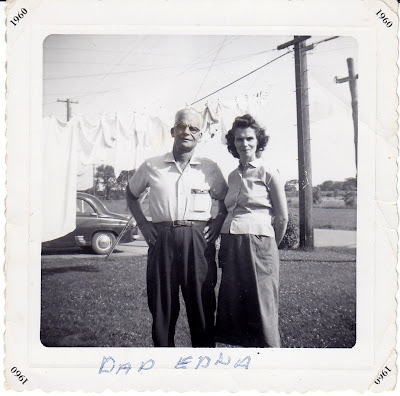 this was around the time that dad and mom golden had moved to trenton ontario as dad golden had joined the air force.
although gail hadn't made her appearance yet, she surely is in this picture!
mom golden's dad is standing beside his oldest daughter, edna kathleen! 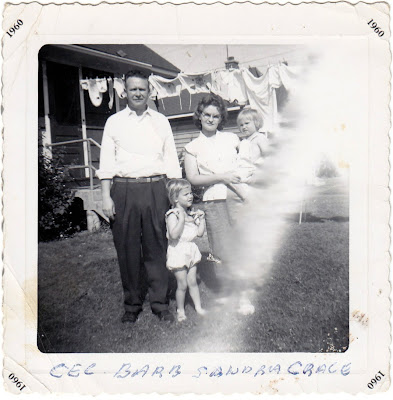 for sure and that sandra lee is the spoiled one...hogging dad golden all to herself!
little gracey, the baby is being held by mom's baby sister, aunt barb.
grampa wells and aunt barb were visiting from dunnville.[sonny sikora's present home town]. 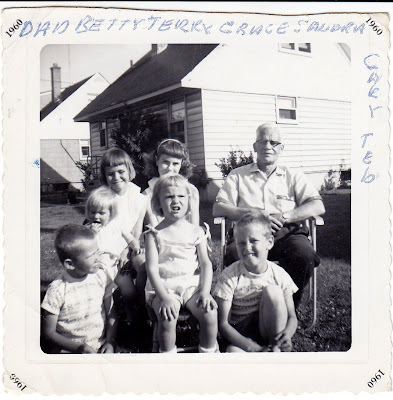 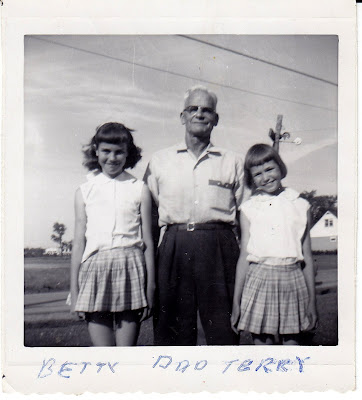 grampa wells and his two eldest grand children...dig those skorts..ug! 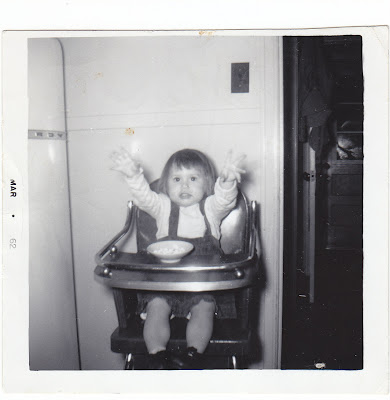 oh! here is little gail susan now in the picture!
born in trenton for sure but soon to be heading out west to a beloved new province, manitoba.
i will never forget the day she was born and neither will teddy or dad golden.
when we got the happy news that mom golden had had a baby girl, well that teddy threw a tantrum...was he mad!. he said, "mom was SUPPOSED to bring home a boy!"
hahahaha! 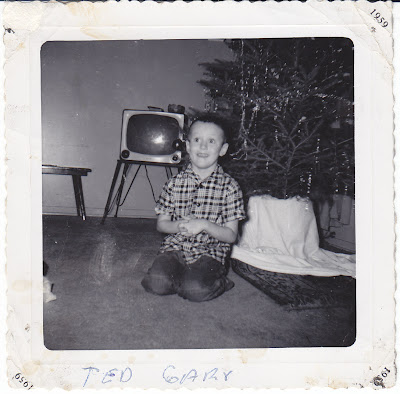 this is teddy sitting in the front room of our tiny base home.
i mean, i really don't know where mom and dad stuffed all the kids..seven of them into a three bedroom house! 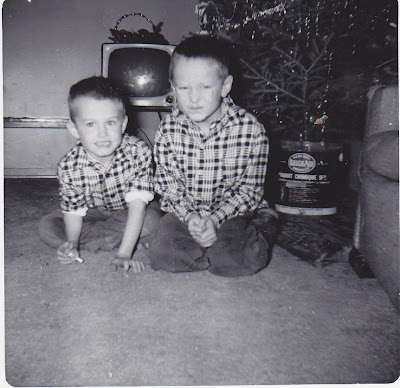 these two, teddy and gary were partners in crime!
just look at their mischievous faces!
oh that mom golden was such a spotless housewife..that trait was NOT passed on to her second daughter...alas! 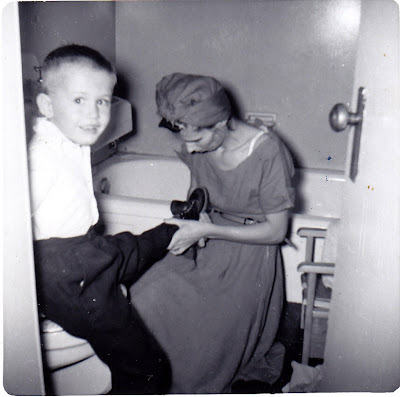 here mom golden is tying gary's shoe laces.
this was on an evening that we were all going to the sunday school christmas program.
have you ever heard of the wood shed where in the olden days naughty children were taken out to?
well in our tiny house, the bathroom was mom golden's "wood shed"!
many the meetings i had with her there!...hurt, pain and agony but it never hurt me one bit in the long run! 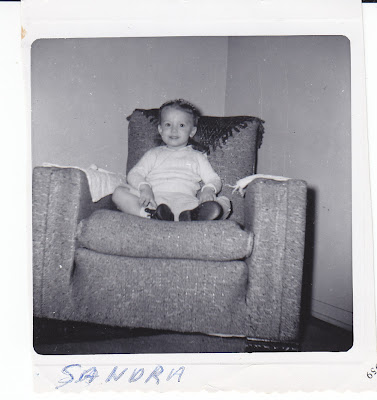 sandra panda ruled the house. we all spoiled her rotten especially that betty jane! 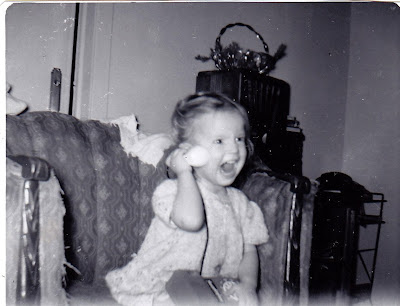 good thing in those days there were no cell phones!
sandra would have talked mom and dad golden into the poor house! 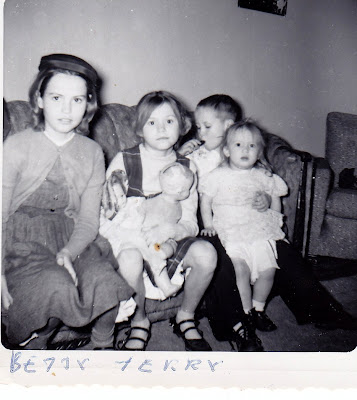 here is betty, me, teddy and the panda.
i loved dolls so much but alas! i have no real ones! betty has five children, teddy has four and sandra panda has one...
the one particular doll that i have here was scalloped by that bad boy, gary! 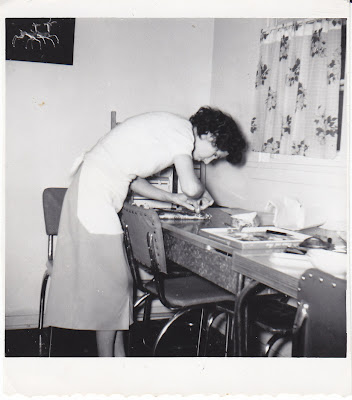 dad golden took this picture of mom golden while she was wrapping christmas gifts.
that mom golden has always been thin except for nine times! 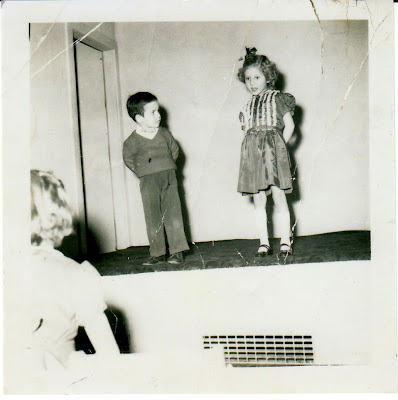 here was the sunday school program that the golden children attended so many years ago...i am saying my piece here..the little boy standing beside me was the same age as i was . i have ALWAYS been the biggest kid in the room! 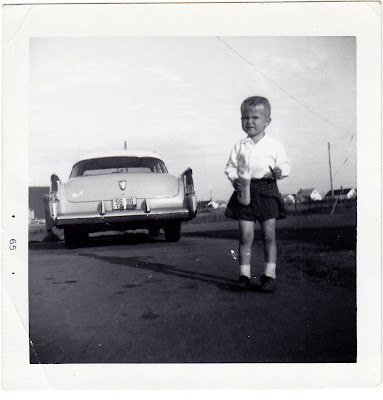 now when dad golden and the family was transferred out west, along came this little fellow, david brian golden...he is in heaven now and dad golden thinks about him so much and wishes he could see him again.
our family is waiting for the time that dad golden will choose the lord jesus and eternal life
i rarely preach to dad golden but when he said this one time, i said, "dad the only way that you will ever see david again is if you get saved..then you will see him in heaven," it is where you will see him!" 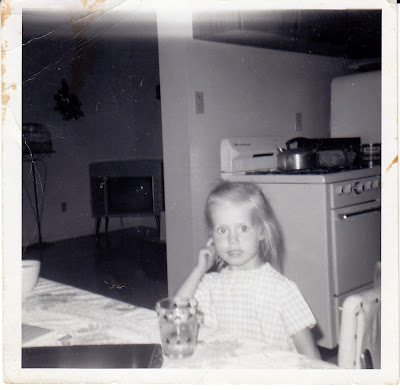 karen dianne is the baby of the family and the apple of her dad's eye.
karen was born in rivers mantioba...she has a daughter of her own now, and so dad golden's family is a lot bigger than the newspaper picture of him when he was just 34years old!
hmmm... how did dad and mom golden EVER stuff nine kids into a four bedroom house..oh yeh!..mom and dad golden made the dining room into their bedroom!!ha!

happy birthday dad...we will always appreciate that you are a dad!....love bernie and terry
Posted by Terry at 9:57 am

Happy Birthday Dad. Terry is right. You have always been there for us. What a nice picture. Another one that I am going grab.

I loved those old pictures that Terry put on her blog. Except for being MUCH poorer the 60's were good years, weren't they?
..
Good work, Terry. Thanks too for the heads up.
..

How dod th e celebration go and how old was Dad Golden?

Hi Terry, Happy birthday to Dad Golden!
I'm just stopping by to let you know I've made some changes to my blogs/website. I've moved all of my music to Lyric Devotions(Songs from my journey) and will be deleting Songs Of Faith. I've also started a new blog- Deborah's Journey, where I've imported my songs from my journey posts. Hope that wasn't too confusing!

Dear Terry,
Early Sunday morning here.
I'm going to make breakfast or my two house guests and Gunnar will have to drive them to their further destination.
<<<<<<<<<<<<<<<<<<<<<<<<<<<<<<<<<<<<<<<<<<<<<
<<i have enjoyed the many happy childhood memories, especially the ones with young Terry holding her baby doll and curly Terry performing at school.
Great. I'm so happy Mom Golden was an eager photographer.
Most of all I admire my precious prayer child. He's the greatest dad ever, next to mine.
Hope you had a great celebration.