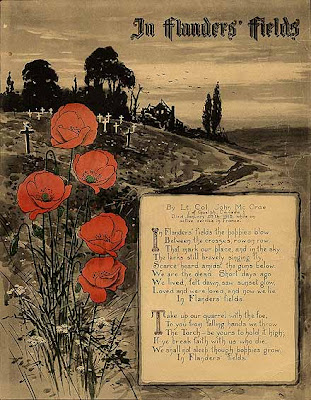 John McCrae was a poet and physician from Guelph, Ontario. He developed an interest in poetry at a young age and wrote throughout his life.[1] His earliest works were published in the mid 1890s in Canadian magazines and newspapers.[2] McCrae's poetry often focused on death and the peace that followed.[3] At the age of 41, McCrae enrolled with the Canadian Expeditionary Force following the outbreak of the First World War. He had the option of joining the medical corps due to his training and age, but volunteered instead to join a fighting unit as a gunner and medical officer.[4] It was his second tour of duty in the Canadian military. He previously fought with a volunteer force in the Second Boer War.[5] He considered himself a soldier first; his father was a military leader in Guelph and McCrae grew up believing in the duty of fighting for his country and empire.[6] McCrae fought in the second battle of Ypres in the Flanders region of Belgium where the German army launched one of the first chemical attacks in the history of war. They attacked the Canadian position with chlorine gas on April 22, 1915, but were unable to break through the Canadian line which held for over two weeks. In a letter written to his mother, McCrae described the battle as a "nightmare": "For seventeen days and seventeen nights none of us have had our clothes off, nor our boots even, except occasionally. In all that time while I was awake, gunfire and rifle fire never ceased for sixty seconds ..... And behind it all was the constant background of the sights of the dead, the wounded, the maimed, and a terrible anxiety lest the line should give way."[7] Alexis Helmer, a close friend, was killed during the battle on May 2. McCrae performed the burial service himself, at which time he noted how poppies quickly grew around the graves of those who died at Ypres. The next day, he composed the poem while sitting in the back of an ambulance.[8] 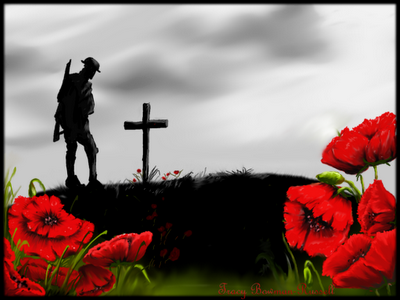 today, this day of nov 11 2012 we pay homage to the brave men and women who fought for our freedom, many at the cost of their own lives...how can we ever thank them enough?...how can we not have this special day, set aside to remember them? we honour the brave american soldiers too and we pray for them all in both countries...god bless america and god bless canada! 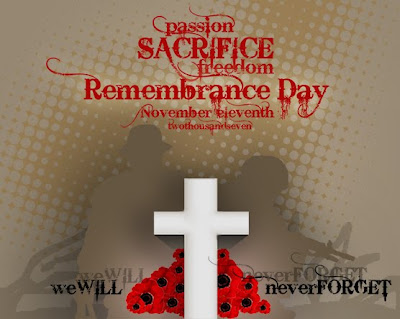 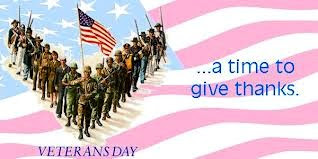 Terry, good story about McCrae...We have so much to be thankful for because good men and women gave of themselves to protect our freedom.

Some of the best missionaries we ever worked with are from Canadian.

What a testemony you have, all your family saved, good fellowship with continue in heaven.

Thanks for visiting my site and thanks for listening to mine and Jared song. I sing very little anymore, age has taken a toll on my voice. I love any southern gospel. Blessings my sister.