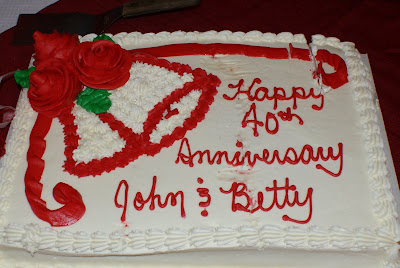 this ruby coloured cake makes a very fitting picture for a ruby tuesday post...and the special thing about this cake is that it was given to betty and john from their precious friend rosemary for the occasion of their 40th wedding anniversary...a RUBY anniversary at that!....betty and john have been married for 40 years and they have five children..rachel kathaleen, john, ryan paul bernard, matthew and amy. 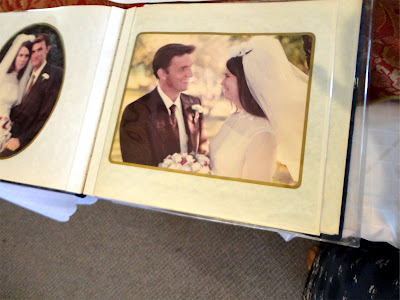 forty years ago, this is how betty and john looked on their happy wedding day..at that time, john's mother was very ill and in the hospital..betty decided that it would be a good idea if they were married where she was and that was in port colborne at the hospital...so with betty and john by her side mom belzner watched the sacred wedding ceremony of her youngest son as he took betty jane golden for his forever wife. it was a very happy occasion.. 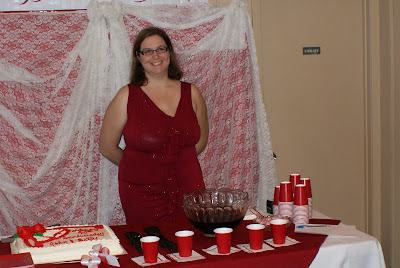 amy is standing on guard to greet the many guests...she looks so elegant in her ruby dress which she wore for this very special ruby anniversary! 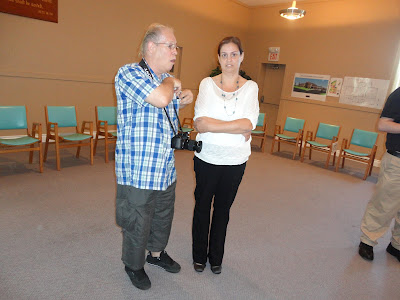 unfortunately, it was very difficult to catch a photo of rachel, but luckily i did find her with bernie and so i snapped this picture of mom and dad goldens oldest grand child...how fast the 38 years have passed since she became[and still is] her uncle bernie's little sweetheart! 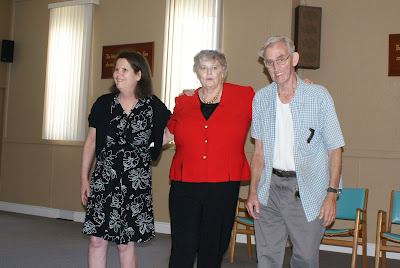 this is betty and john with rosemary, the kindest lady i have ever met..she was the lady who thought up the whole thing of a 40th anniversary party for betty and john, she and rachel and one of the ladies from the church, kathy did the lovely decorating..and amy made for her mom and dad a slide show. 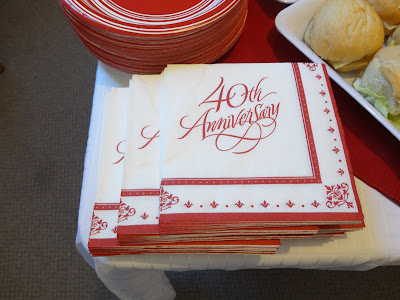 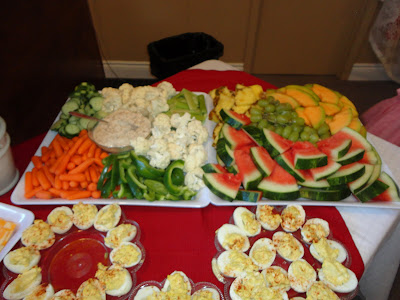 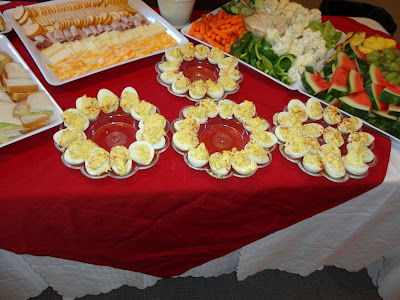 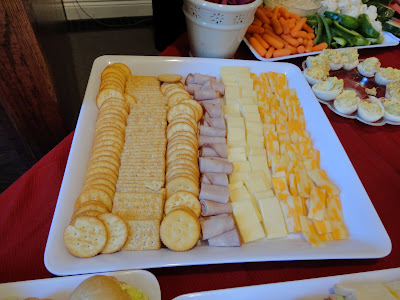 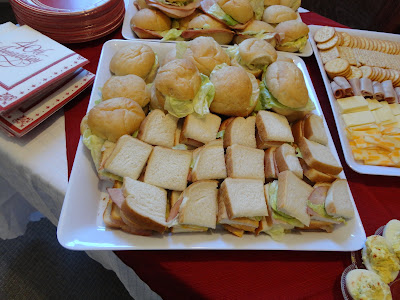 rachel did a great job preparing a delicious lunch for the open house...she is surely a good organizer and there was plenty of food to go around and with lots left over to send home with whoever wanted to take some. 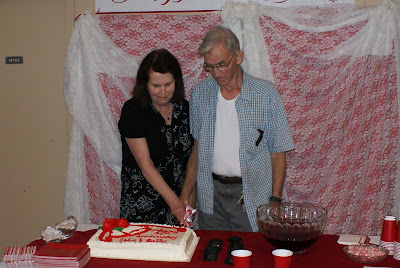 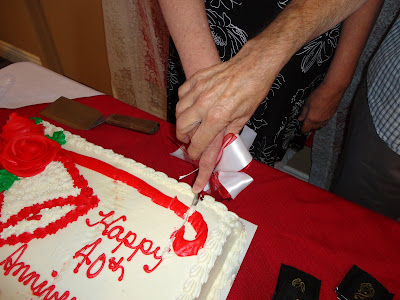 betty and john are still walking hand in hand here as they cut the anniversary cake that their dear friend, rosemary gave to them, and there was plenty of cake to go around to all the friends and relatives that had come along to celebrate the special occasion!...betty and john have caught up to bernie and me..they married five months after us and now we have forty years marriage in common. 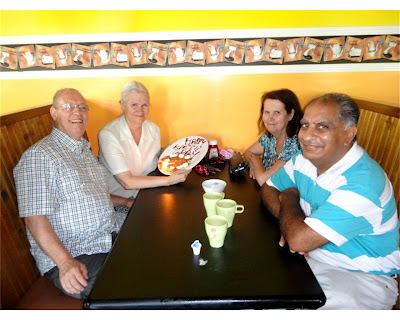 this saturday something really nice was done for me...it was my birthday and so bernie and i went to the "big bird" restauant here in welland..we called betty from the restaruant and she joined us. for some reason the owner picked up the tab for our meal and bernie blurted out, "oh you have been so good and you know what, you have made it a special day for terry, it is her birthday"...oh that sure made our day! i haven't been this happy for over a week!..my tired bones just disappeared and i felt so great! 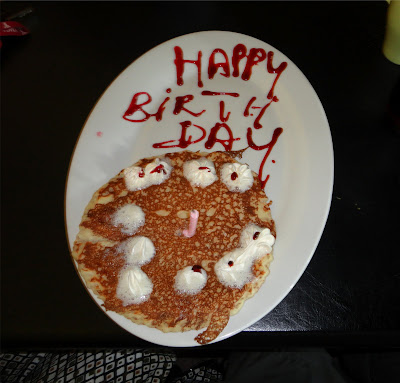 so this ruby tuesday the beginning starts with a cake and ends wiith this birthday "cake" that was prepared for me by the kind hands of roj, who is the owner of the "big bird" restaurant...he even put a candle on it and he and his waitress, lee and betty and bernie sang happy birthday to me..this so much touched my heart that the tears cane to my eyes and in fact i thought right away that i should write a post for ruby tuesday! happy ruby tuesday everyone and may the lord bless you....love terry
Posted by Terry at 1:39 am

Oh my what a treat. Love the 2 lovely cakes and occasions.

Love the beautifully arranged food. I love the way your family celebrates together.

What a nice surprise to have a nice birthday lunch and special cake.

Well Happy anniversary to Betty and john and a Big Happy Birthday to you our sweet Terry!

What a wonderful celebration! Welcome back to Ruby Tuesday 2,Terry!

and Happy Birthday, too ya Sweet T

Visiting from RT2- hope you can stop by..

What a lovely anniversary celebration. I love all the ruby photos of the event.

And you certainly had a wonderful birthday surprise, Miss Terry! Oh happy day.

Dearest Terry,
I cannot believe that I missed this wonderful blog post.
I have had much on my plate lately, but this was, oh, so sad.
That said your blog post is running over with joy. I love it when the Golden family is celebrating. You are all so happy and the food is looking so delicious. I think this must have been prepared especially for you to take pictures of. Once more, happy belated birthday.
You sure do look happy and the sunshine over your day was so well deserved.
Send my best to Dad and Mom Golden and Bernie too.
They have a special room in my heart. Tell my prayer child not to worry.The work is fulfilled. He is safe by the bosom of Jesus.
Love Felisol