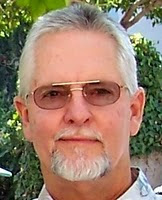 Today is June 10th and I am celebrating 32 years of sobriety. By the grace of God on June 10, 1978 - I quit drinking alcohol and have not had a drink since. Although the temptation is still always around me - God graciously took the desire away. Early in my Christian life I said this short prayer to God, - "Lord, if I ever start drinking again would you please strike me dead." So, the next time you visit The Old Geezer Blog and if you smell smoke and you see a big pile of ashes on your computer screen... you'll know what happened.But hopefully that doesn't happen and I die at a ripe old age and as sober as a judge

mr. old geezer's testimony was aleady posted here once but it is well worth repeating!

Who is the old geezer?
Believe it or not I wasn't born an Old Geezer.I was born October 12, 1946 in Los Angeles, California, USA I lived in Watts and Compton, California until I was almost 8 years old, with my mother, my father and my sister.In the summer of 1954 we moved to Lakewood, California. Sad to say I caused my parents a lot of anguish and problems. If I was a kid in Biblical times I would have been stoned to death. Today they would no doubt blame my bad behavior on some disease, but I was just rotten mean no good kid.When I turned 13 years old I started stealing liquor from some of the local markets and getting drunk with my buddies as often as we could. By the time I was 16 years old I was a full fledged alcoholic.By the time I was 21 years old I had been married, divorced with two children, arrested three times for drunk driving, one time for grand theft auto and two times for burglary and theft. I remarried in 1972 to a women who had a disabled child and we had one daughter together. She married into hell on earth when she married me and after six years was ready to divorce me.In 1977 God saved my wife and she started to attend the Baptist church near our home and a bunch of women in her bible study started praying for her rotten drunken husband. In June of 1978 I was at my nieces graduation party (drunk as usual) and fell off some steps and broke out my front tooth. The next day when I woke up I said to myself this has got to stop and I quit drinking 'cold turkey' that day and to this day 'praise be to God' I've never had another drink of alcohol.Earlier that same year I started a new job as a truck driver in Los Angeles. It was about 1 and 1/2 years later my boss had me work with a Bible thumping Christian truck driver for 2 weeks, who I later found out was a converted drunk. He asked me if I had ever read The Bible. I said yes I read it once about ten years ago. He ask me what did you learn from it? I didn't have a answer for him. He asked me if I had a Bible at home and I said yes my wife had one. He challenged me to go home and read the book of Proverbs.I went home and opened up my wife's Bible and read through the book of proverbs. I read about wisdom and foolishness, right and wrong living, good and evil and verses about drunks and alcohol that hit me over the head like sludge hammer. I feel under deep conviction about my sinful life and saw myself as living the life of a fool. It was Easter of 1980 when I shocked the whole family and told them to get ready because we are all going to church. Through personal Bible reading, attending a good Bible teaching church and listening to Christian radio, God had mercy on me and by His grace He gave me the faith to believe on the Lord Jesus Christ and become saved.Fast forward thirty years: I retired a little over 4 years ago. I've been married going on thirty eight years, I've served in two churches as a deacon, a Sunday school teacher, an usher and have been actively involved in evangelism and discipleship.The Old Geezer has slowed down a little in the past few years.My primary ministry these days is helping my wife, my children, grandchildren, neighbors and sharing The Good News on... 'The Old Geezer Blog'."For the Son of Man has come to seek and to save that which was lost (Ron)." Luke 19:10**********************

That is really interesting, I actually read the original posted. he sure has a great Blog and I try to read it daily

A mighty testimony, never too old for reruns.
What God did in that man's life, he's actually doing to all of us.
We are all saved sinners and would all have been lost, if not for our heavenly father's amazing grace.
He who'll try to make his way to heaven or even through life by good deeds is so terribly astray.
Have a good Lord's Day.

A very touching testimony. May it touch many and be an encouragement to others.

Terry, Thank you for posting my story to your blog. I hope God uses it to draw others to Him.

God bless you and your family

BTW, the video was GREAT!!